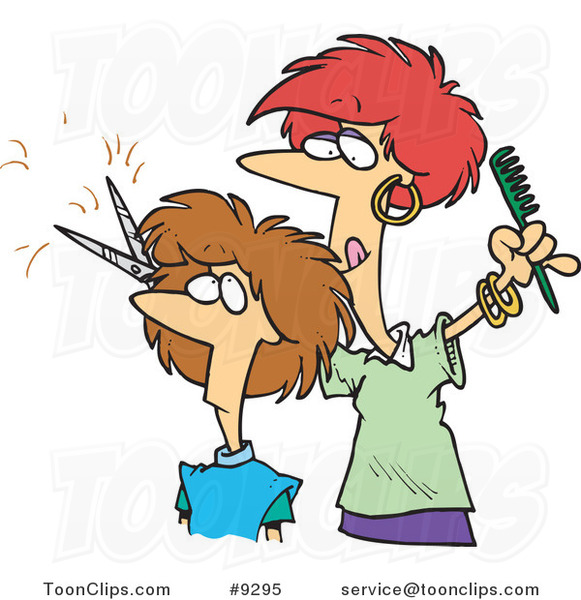 I realized something yesterday. Cutting my kids hair is a good thing. Long ago Dave’s roommate, who cut his hair, one day asked if I wanted to learn. I said, “Sure,” and he showed me the basics:

It looked simple enough and Dave was relaxed enough to let me try every month. That was the beginning and it has just stayed that way. Occasionally he’ll go to a shop but mostly his hair will just get a little curlier and fuller as he waits for me. But, I kind of love it.

When it came time for our first baby’s haircut… I may not have handled it the best way.  Apparently clippers are too scary and noisy (and nearly useless on baby-fine hair) and babies are all wiggles. But, it got cut well enough and each time, though not all roses, I learned more about how to get it done fine enough and fast enough. It often involved many otter-pops and episodes of Thomas the Train.

As each baby got close to one year old or just after, I got to snip those soft locks- except for Max who got his first haircut at 2 1/2. His red hair and curls came like a slow surprise from bald to “I think it’s red!” to “I think it’s curly!” It also grew in an endearing rodeo clown pattern, light on the top and heavy curls all around.

I am coming to realize that this little tradition of home haircuts is the kind of one-on-one time that brings out conversation and personality in a casual way, especially as they are getting older. I’m also realizing that spending time and not dollars is most often what is needed, not just to keep a budget, but to nurture these parent-child relationships. Plus, why let someone else get the satisfaction of using a spray bottle full of cold water!? 😏

The kids have sat on steps or stools in bathrooms, basements, and on porches and patios. Outside is always my personal favorite because.. it’s outside and I love outside. But, it’s also easier to clean up and we like to think that any hair left is for the birds to make nests out of. The kids usually itch til they shower or change their shirt and they sometimes act like they don’t like getting flipped with the comb when they are done. But, really, how else would they know when they are done?

Ready or not, expect crazies and wiggles and try giving an imperfect haircut. The haircuts and the moments will improve with time. And, if we are lucky maybe they will return to the momber shop years from now, in part for the haircut, in part for the time.