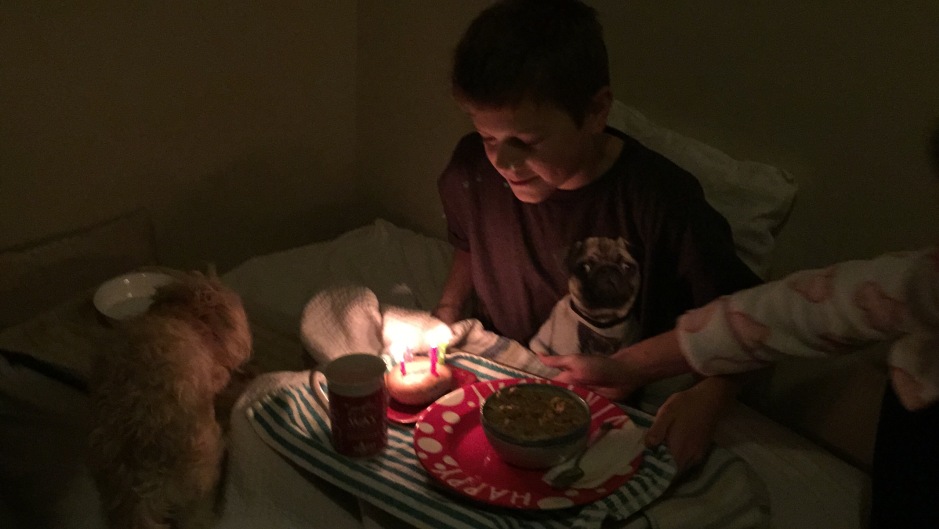 Happy Birthday, Ollie and Peaches!  When Ollie got Peaches she was 8 weeks old.  We counted back and realized they must have almost exactly the same birthday.  Strawberry milk and Kashi Berry Crunch for Ollie, vienna sausages for Peaches.

A few errands during the day included a trip to Culvers (his secret wish) finding new church pants and scouring Hobby Lobby for art supplies he’d been saving for. After that I dropped him off and took his excited brothers shopping for just the right gifts: kitkat and a toy helmet, a game called Simon (from Simon) and some brownie mixes.

Is it party time yet!? Almost!  Grandma and Grandpa Burton came to party but something in our house triggered my mom’s cinnamon allergy.  Luckily she was okay and we were able to move the party to their house so she could breathe!

Ollie wanted a painting party where we could watch a Bob Ross episode and paint along with him.  He bought his own canvas and brushes and was especially excited about his new pallete.  The rest of us would be painting along on posterboard and enjoying Jack trying to ask for the “Titanium White” then simplifying it to just white paint.

It was time to switch on Bob Ross. Dave and I were particularly excited about this because we had devised a plan for Ollie’s birthday present. Dave used his skills to plant a message near the beginning of Bob Ross as a surprise.

This was his reaction:

Confused and maybe excited, he watched it again:

Once the excitement settled about his best friends/cousins coming for a visit his focus shifted to painting – and painting as well as he possibly could.  Here are his first happy little trees and, though he sees room for improvement, his first-ever painting. 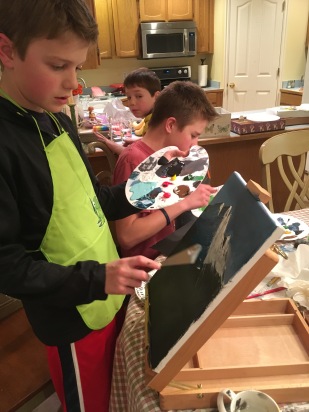 He would have stayed at it longer but we finally had to call it a night.  We finished up with gifts and cake and ever-growing love for this 12-year-old Ollie of ours. 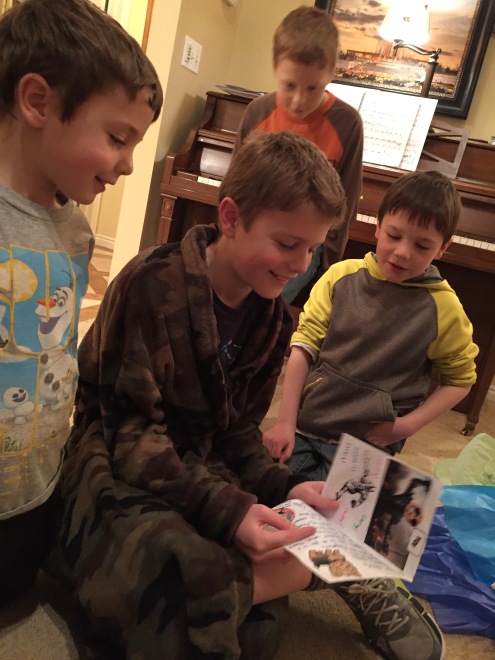 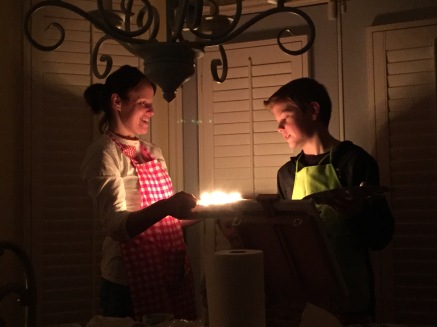 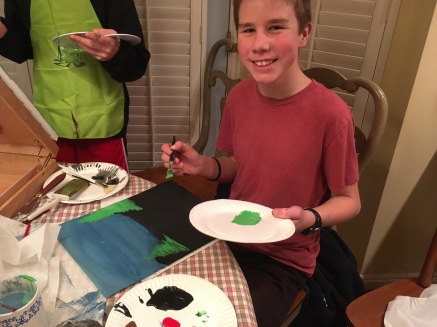