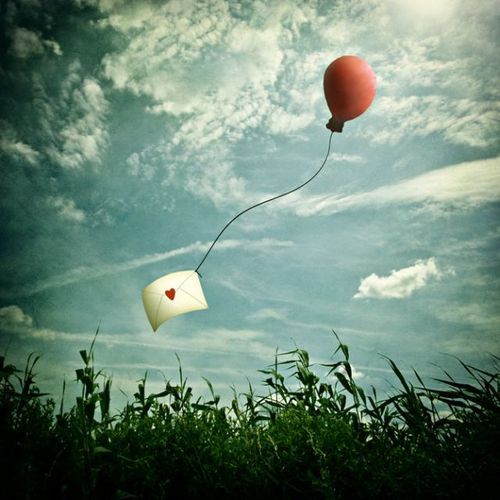 There is a magic, an elevation and a happiness in a simple balloon that floats.

What is it about this simple pleasure?  Is there magic filled inside?  Is hope the magic that makes something soar taller than ourselves? 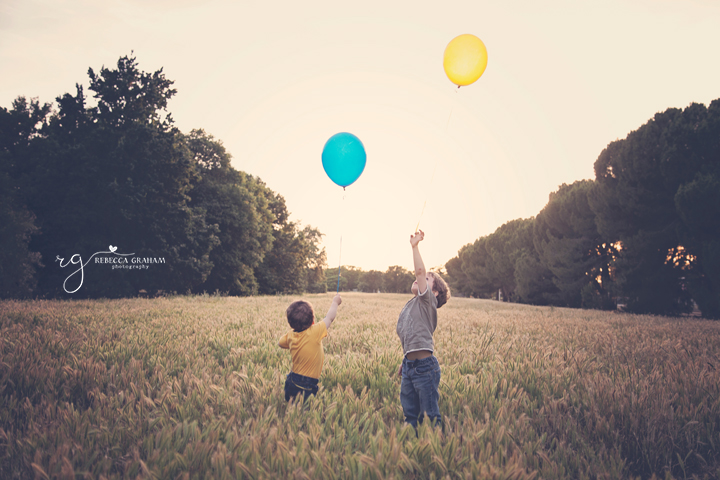 Sweet, spunky and kind-of-shy Simon had his feelings hurt a few years ago.  The whistle had been blown at him by a life-guard when he was climbing up a slide at the swimming pool. This really bothered him.  Malice and ill-will festered inside him for weeks. Finally, one day he told me he was going to give that life-guard a karate chop and a popped balloon.  The ultimate. 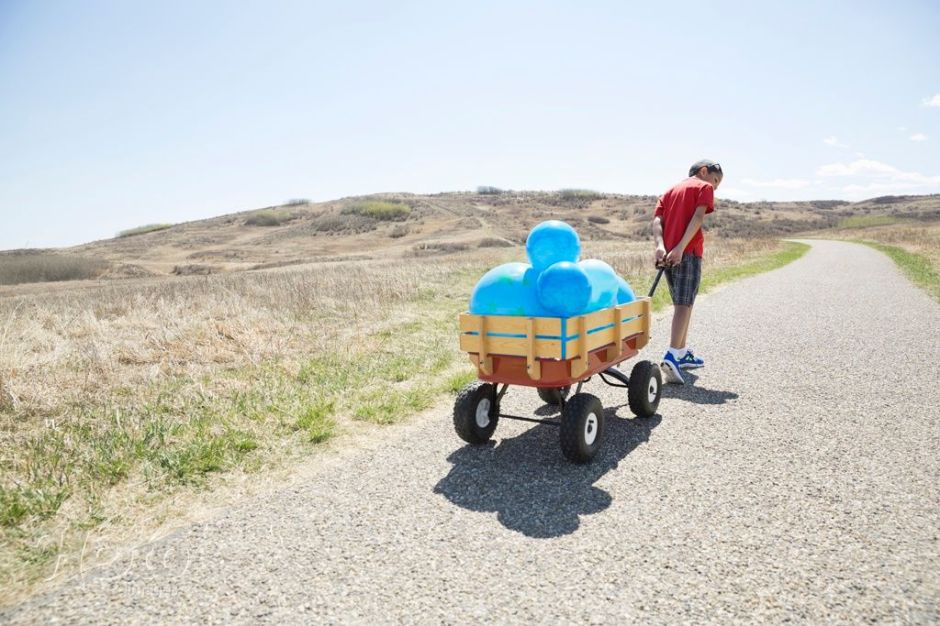 Fast forward to Jack’s swimming birthday party a few months ago. The party was fun, kids were happy and as they were leaving, each child received a diving ring with a balloon tied to it.  This was a big hit until it was time to give one to Gwen.  The balloons were gone.  Oh, no…they were not technically gone.  “Here, Gwen,” I said. “have a ring tied to a popped balloon.”  She instantly burst into inconsolable tears.  It was the ultimate disappointment:  a popped balloon. 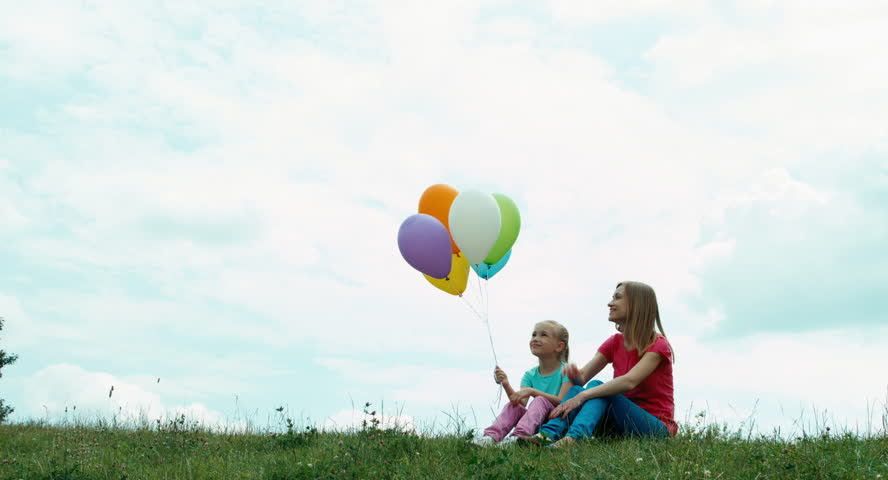 It’s interesting that a simple pleasure can double as a complex heartache.   I don’t know when it first started but my mom and I had a post-birthday ritual.  After the celebrations were over, we would write our wishes and dreams on the old balloons then send them off into the sky. Most of the time they floated off beautifully into the pink and gold endless above.  Sometimes I think blue birds would even make nests on top of them and chirp down to us of the bliss to come.  This was of course what we wanted.

On the other hand, there were those other balloons that would hardly leave our hands. Sometimes they would rise and fall and almost make it over the neighbors fence (and that to us was going to be success) but would instead sink and tumble and drag across the ground until finally stopping with no chance of ascending.  We would urge them on as if we could control the conditions.  In the instances that my balloons floated and my mom’s didn’t, I wished mine would fall if it meant hers could rise.

Do we all do this, send our hopes and dreams, maybe even our well thought out plans to heaven?

I think of people I know who have consistently written their hopes to God then let them go trusting He would take those dreams where they need to be. 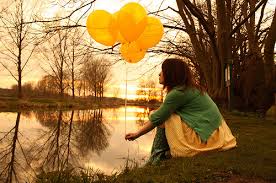 I think of my mother who at age 26 had a happy bouquet of hope-filled balloons but the one that had “good health” written on it plummeted to the ground with what would later be diagnosed as a brain aneurysm with irreversible damage.  This “good health” dream of hers has remained grounded, but because she trusts in God’s care and in his plan for her life she has accepted the case of her balloon and continues to look up at the sky filled with her blessings that do float – knowing full well that some of those may not stay there either. 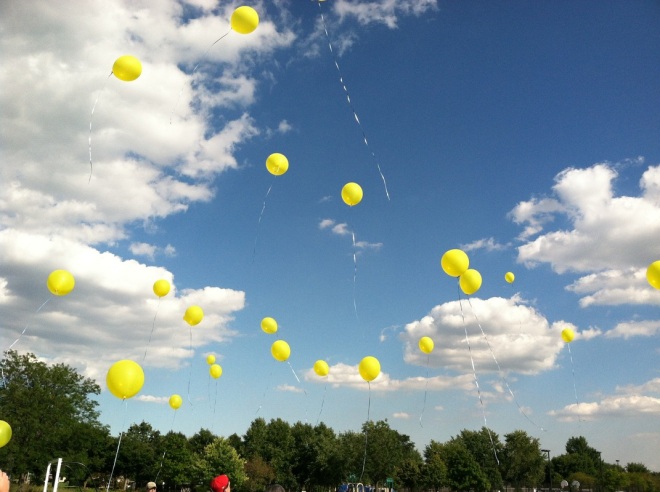 We recently gathered together at the grave site of my grandma to honor the seven-year anniversary of her death.  We wrote messages on balloons and released them hoping they would reach her.  Grandpa especially hoped.  His deepest wish is to be with her.  His balloon that said, “I’ve waited long enough,” went up with the rest of ours. For him, his balloon may not be dragging on the ground but it sure is taking the circuitous route to getting where he wants it to be. But still he trusts God’s plan for him. 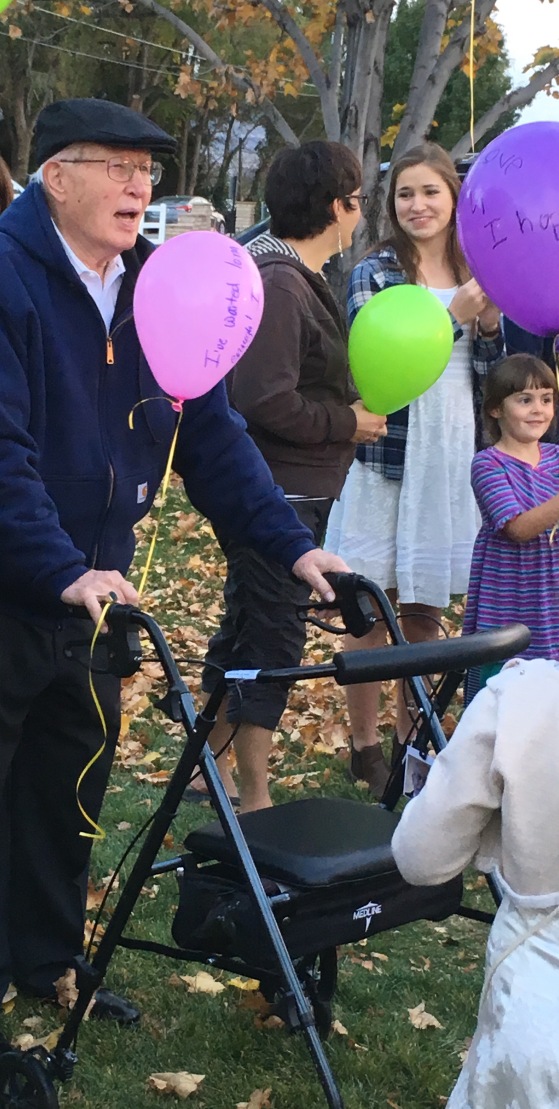 I think of my dedicated and happy friend, DeAnn, who hates the word divorce,  who after years of striving and clinging realized there was no more chance for her marriage.  She described that defining moment as watching a windshield of tempered glass shatter. Her life. The ultimate. Yet, still she trusted God.  In time, her popped balloon was traded with feelings of hope, happiness and excitement for the future. 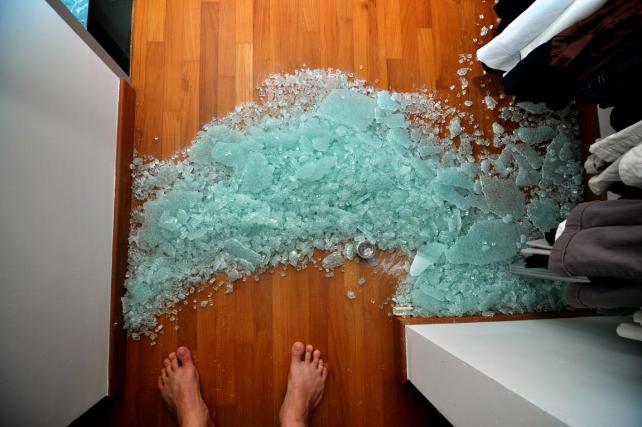 I pick up books at the library that I intend to read.  I sometimes read them, mostly I just pay late fees. But this one I really read from cover to cover.  Its message seemed almost counter intuitive and absolutely counter culture but reflected the attitudes I have seen in these amazing people.  It is called Confronting the Myth of Self-Esteem by  Ester Rasband. It’s about the tendency we have to desperately hold on to things in our lives that would be better left in God’s hands.

Can you imagine how different things would be if we just let go? How about on a windy day?  You know what it’s like getting balloons from the store to the car. The strings get tangled and you can barely see where you are going.  But, with determination you tighten your grip, carefully shove them into the back seat and close the door as fast as you can so they can’t escape. Never mind you can barely see through the pink and green bobbing on the questionably safe ride home. The balloons are with you just like Gollum and his “Precious.” 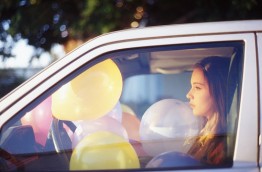 There may be very good intentions in holding onto things.  But trusting ourselves instead of God clutters and debilitates our potential for joy and peace.

The familiarity and security of holding onto our plans is comforting. That’s why we hold tightly.  That’s why we tie the string to our wrists- the arm of flesh.  That’s why the balloons and their labels become part of our identity.  The idea of letting go leaves us unbearably vulnerable.  We become abased.

It would be unbearable if we were left with nothing.  But we are not.  We are left unshackled with God.  And then, with God, nothing will be impossible.  Matthew 19:26

“Men and women who turn their lives over to God will find out that he can make a lot more out of their lives than they can. He will deepen their joys, expand their vision, quicken their minds, strengthen their muscles, lift their spirits, multiply their blessings, increase their opportunities, comfort their souls, raise up friends, and pour out peace. Whoever will lose his life to God will find he has eternal life.” Jesus Christ -Gifts and Expectations

We are not what we hold onto, we are what comes of us when we let go. 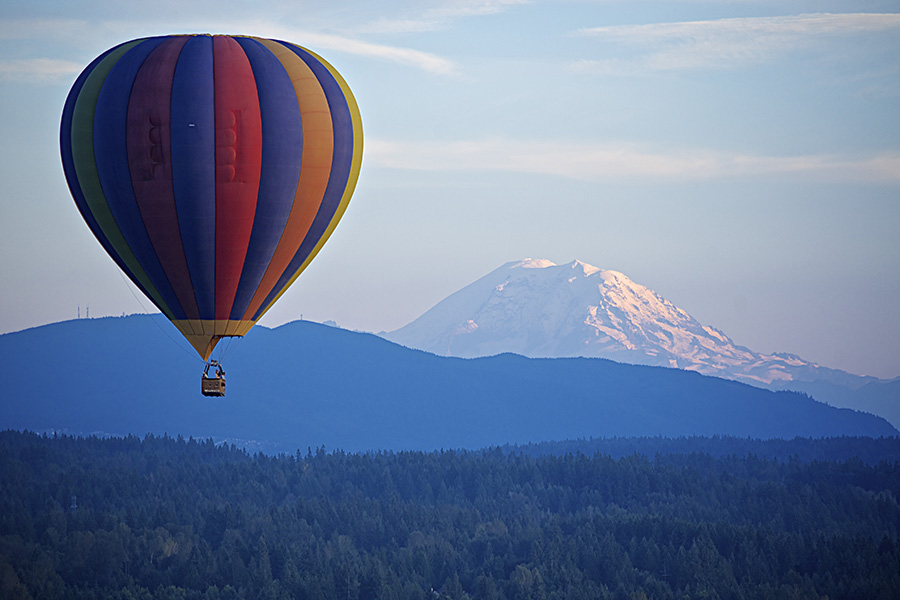 P.S.  Inspiration along these lines:

Message from the cello guy

The Winds of God – poem

Teaching: Release your Will to God

One thought on “Encouragement: Release Your Will to God”