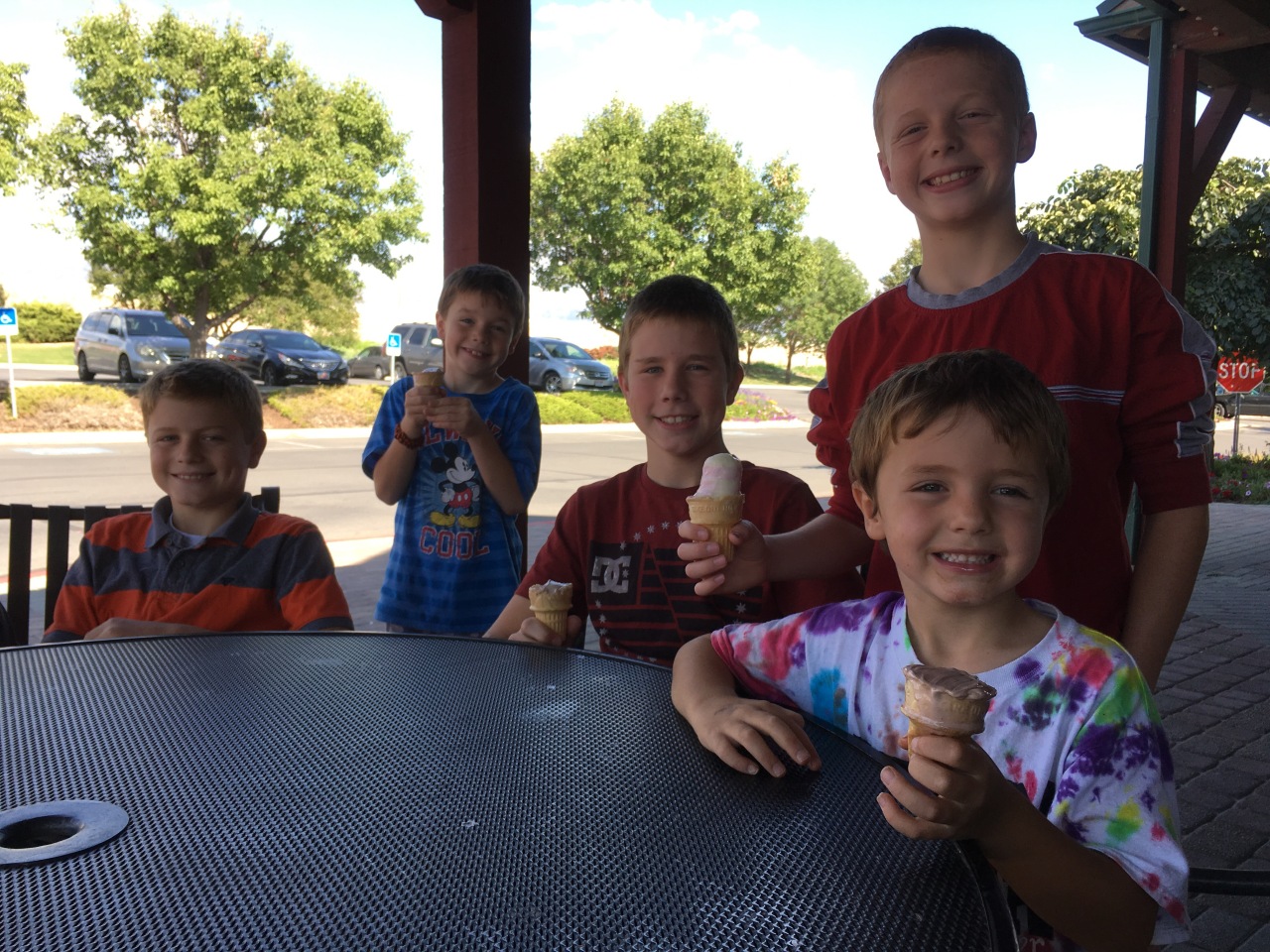 Thank goodness for Thanksgiving Point’s 2 Buck Tuesday’s in August!  At the end of the month around 1:00 in the afternoon the crowds are either in school or have gone home for lunch and naps and we are free to explore.  And, can I just say that my former life of babies, toddlers and naps (I wish those ever worked well) is a completely different museum experience than what I am coming to know now!

You know that water and sand area that is the highlight of the dinosaur museum?  I had zero children enter the island of no return that’s exactly in the middle.  I saw mothers trying to figure out if they should slither under the tiny entrance to retrieve their children or impossibly straddle over it.  I remember being that mother!  But this time, it was different.  I actually had my two oldest kids sitting next to me remembering being little and being amused by watching the kids that were still little (sniff sniff). 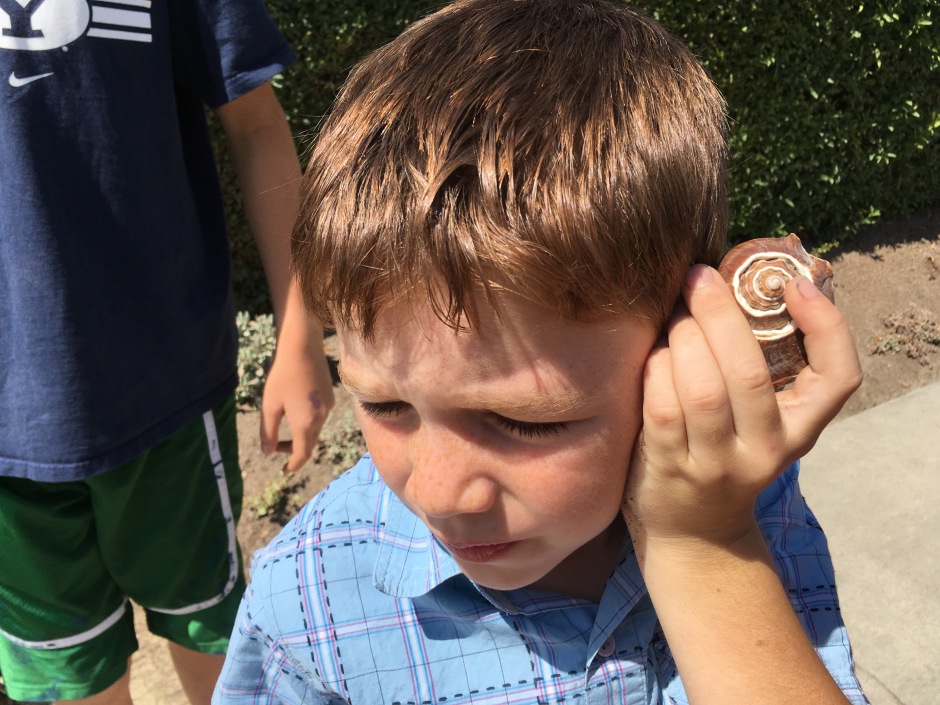 Simon was so happy to discover a seashell hiding under the hedge in the curiosity garden. He wanted to keep it but instead hid it again for another child to discover.

This is what homeschool feels like sometimes… Walking into a violent windstorm voluntarily and trying to hold your ground!!  Thank heaven for heaven!!

Something I loved about this year was the open conversations we had about the creation. Walking into the room with the human skeletons spearing down a wooly mammoth, Burton and Ollie wondered if mammoths were around when Adam and Eve were on the earth.  We read more and talked about it comfortably. 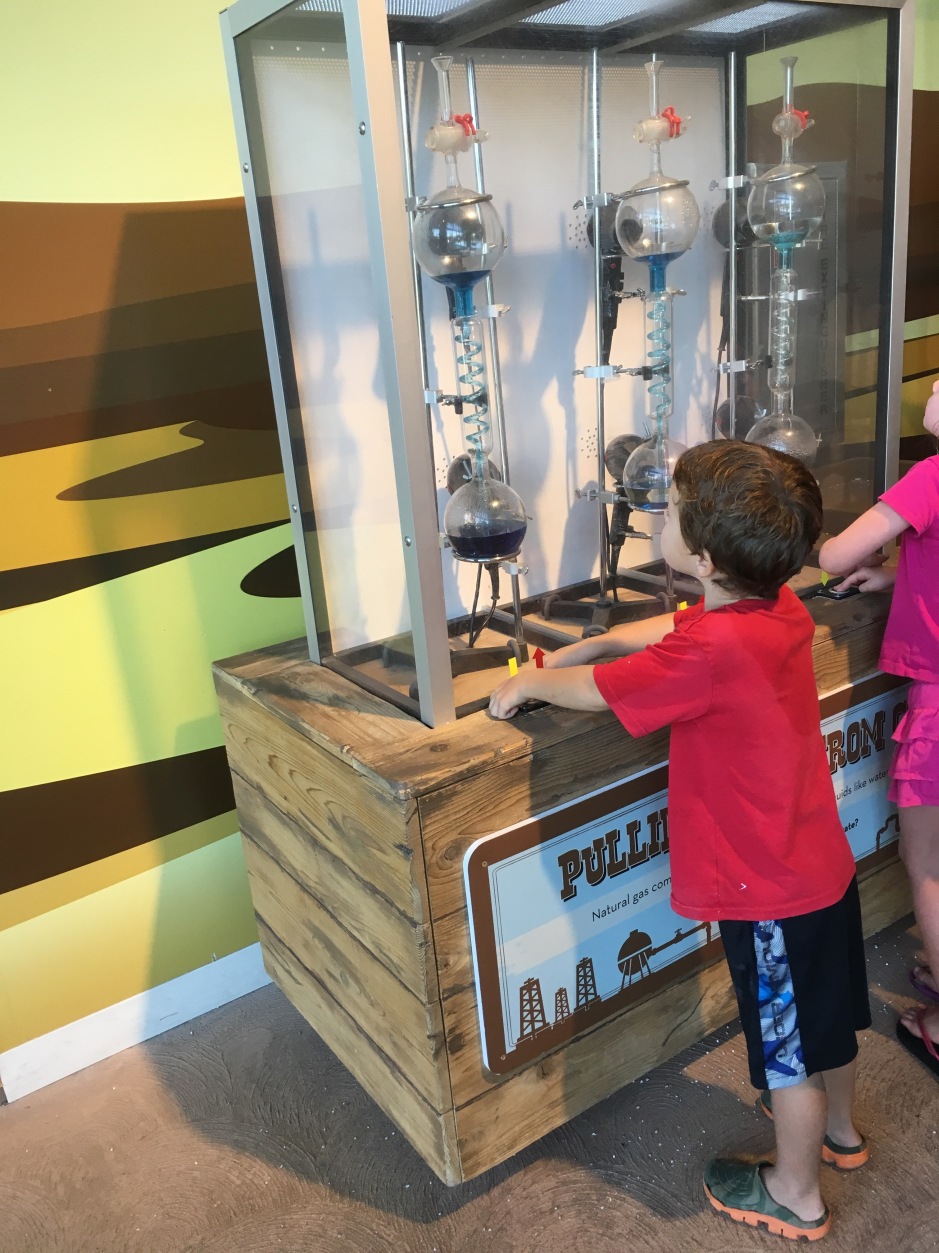 Initially this activity didn’t do anything fast enough for Jack but we talked a little bit about patience and he became enthralled and didn’t want to leave until he had finished what he had started – no matter now long it took.

And when twist cones are .75 cents and right next door I became the best mom ever!!!…but that’s a post for another day.  Until then, I’ll cherish these smiles and try to remember them as those hard times come!